Our Bespoke Website Package can be delivered and set live within 8-12 weeks of a confirmed order.

Our Executive Website Package can be delivered and set live within 6-8 weeks of a confirmed order.

Our Professional Website Package can be delivered and set live within 4-6 weeks of a confirmed order.

Our Essentials Website Package can be delivered and set live within 24 hours of a confirmed order.

Our Foundation Website Package can be delivered and set live within 24 hours of a confirmed order.

We believe every estate agent website should win you new instructions and generate business. That's why our award winning websites rank well on Google for the keywords that matter to an estate agent's business. Plus, you can edit them anytime, anywhere, completely free of charge, ensuring your website always stays fresh & can adapt to the latest needs of your business.

They’re also built to rank highly on Google for the search terms your customers are using so you rank above your nearest competitors; you also have full access to edit and add page content whenever you wish to keep ongoing costs low & stay in control.

With Webdadi, you’ll benefit from a website built especially for the day-to-day demands of a busy estate agent, that stays up-to-date and wins you more instructions. 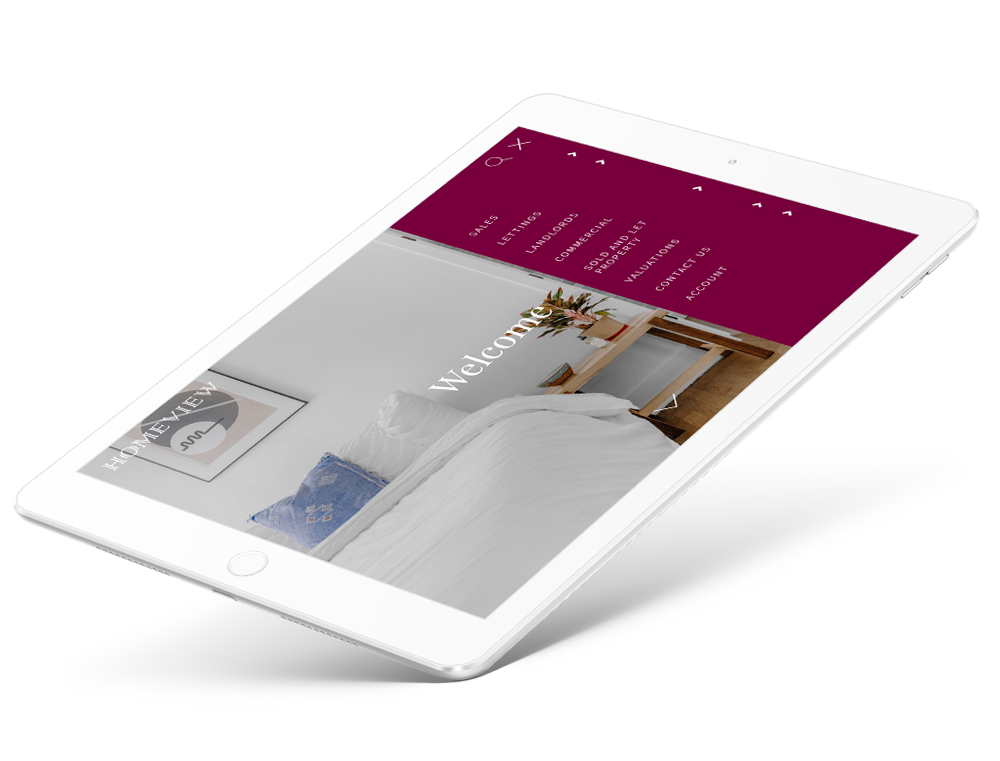 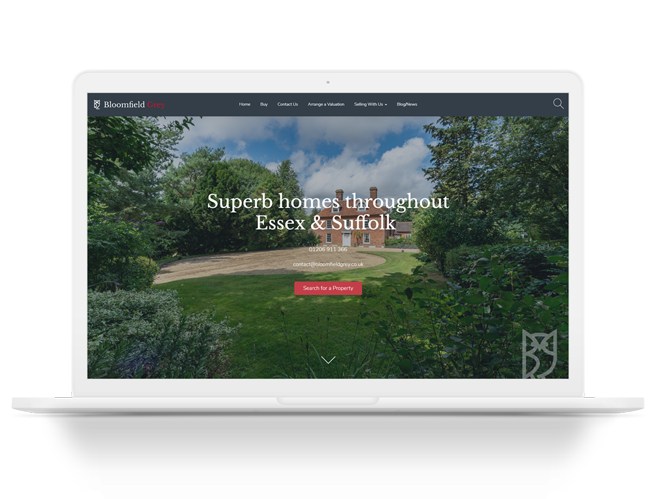 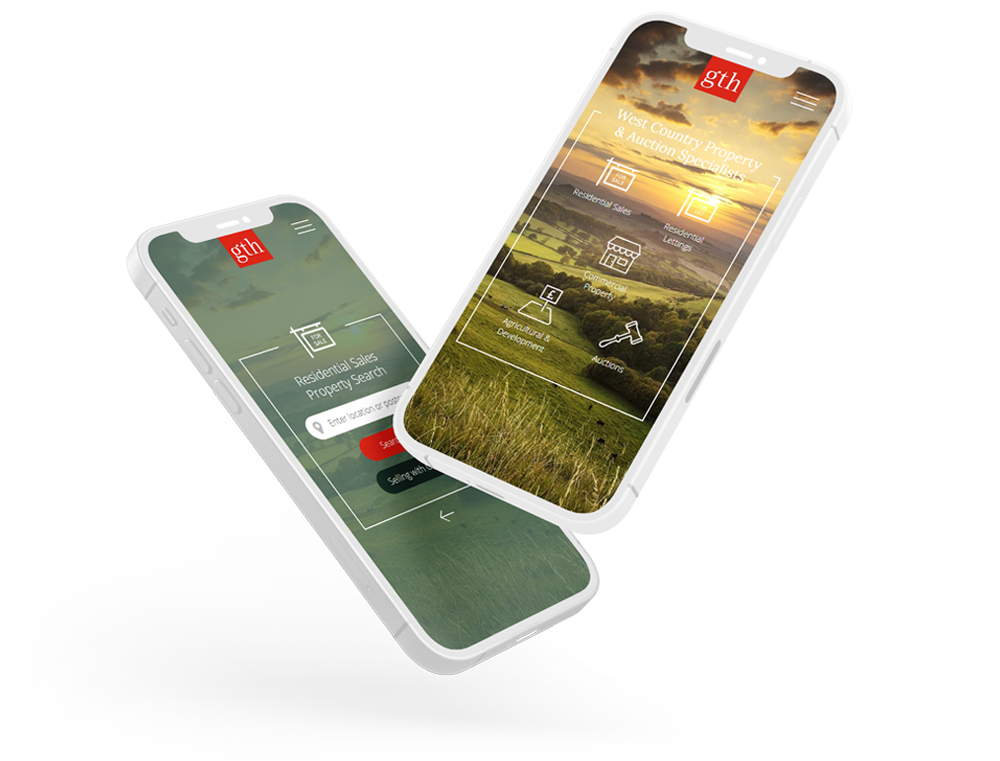 Every package uses the same powerful website platform. You just pay for the service level & number of website pages you need from us to setup your website.

5 Website Pages Included.
All the basics you need, perfect for start ups or those on a budget. "Webdadi are experienced, creative & passionate. The back end software is easy to use and has some brilliant features which we have not seen before from other providers. Webdadi are keen to stay at the forefront of their industry and therefore keep rolling out new useful features." 3 x Winner of the best real estate agency website in Italy at the European Property Awards as a Webdadi customer. 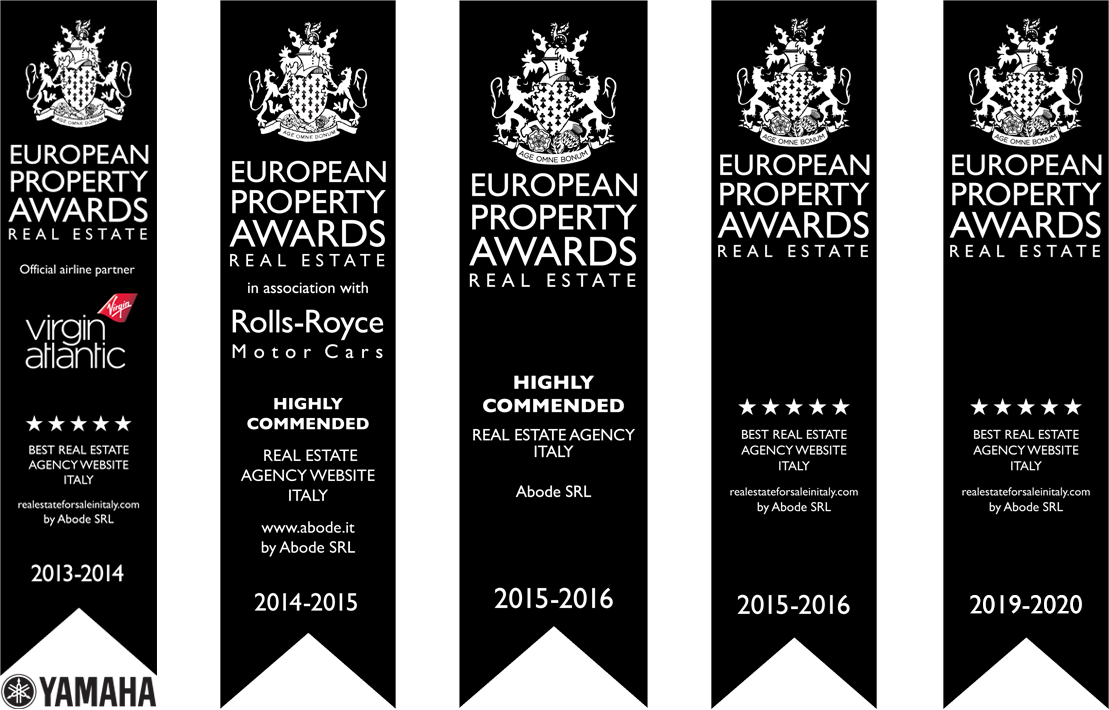 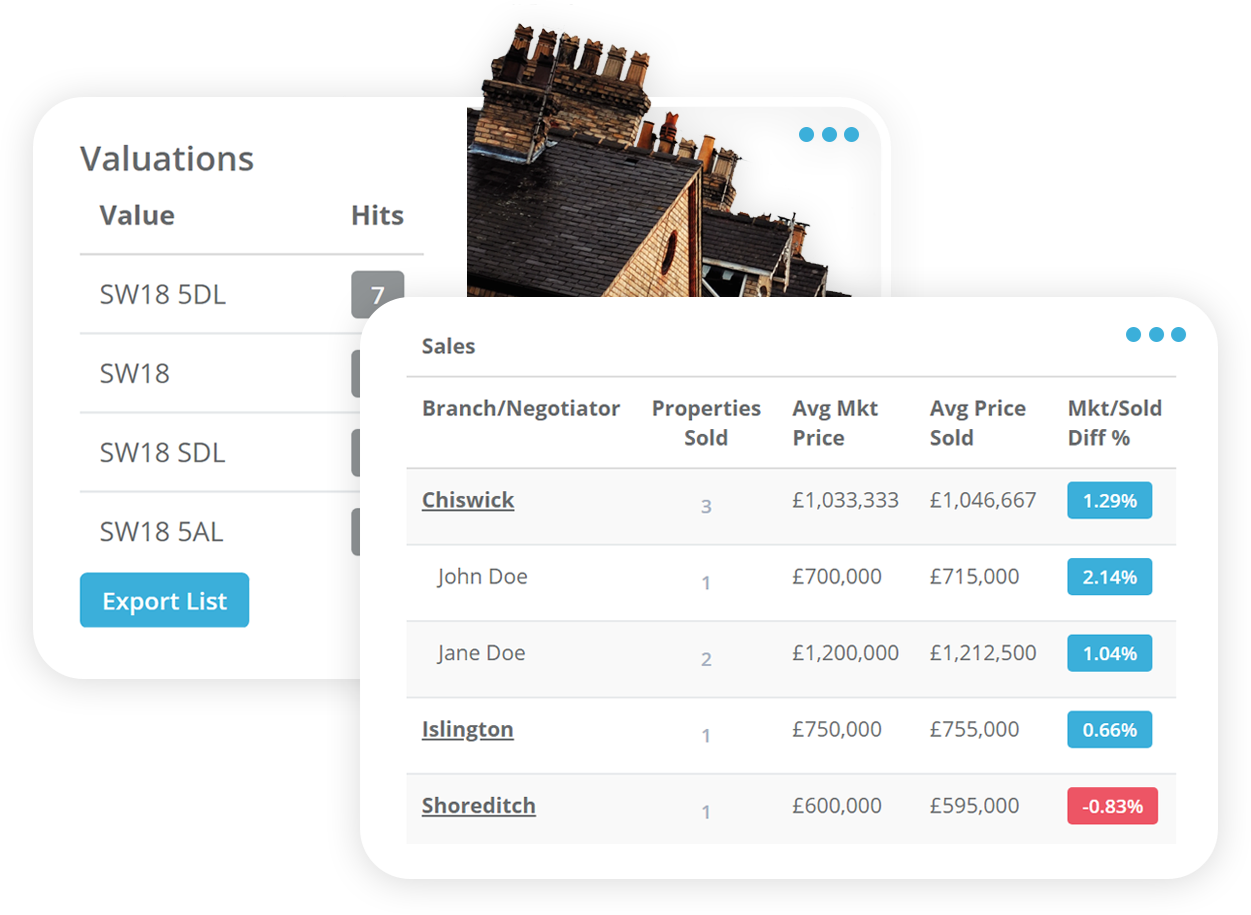 Software is easy to use and very flexible

"We've been a client of Webdadi's for the past couple of years. They built us a great website which ranks really well organically. The software is also very easy to use and very flexible. Highly recommend." 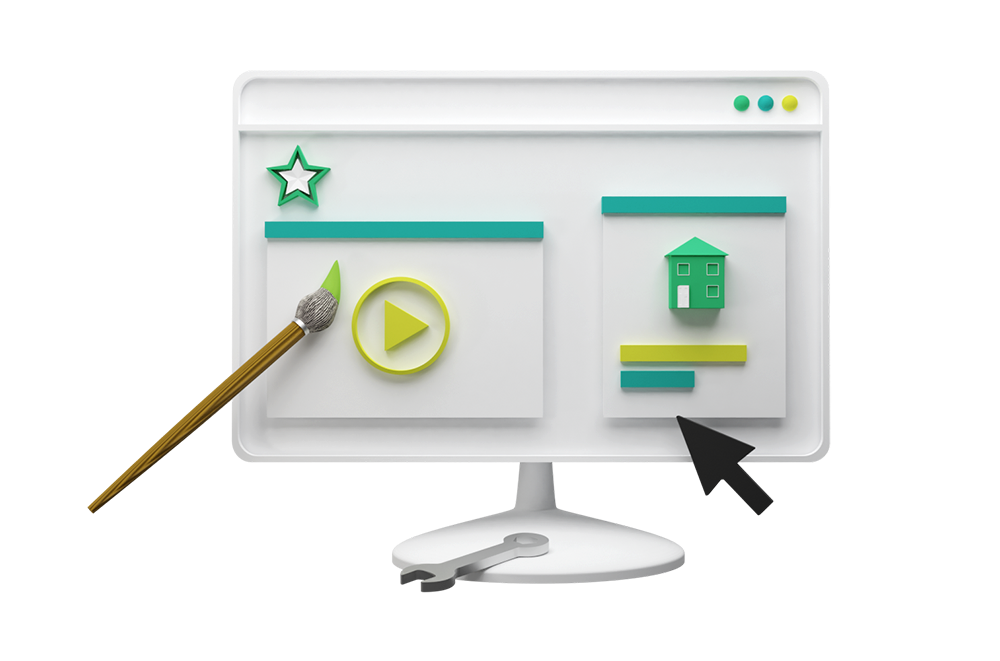 You can build your website package the way you want; a consultative design service is included in the price of a template website. What our clients say about our websites

Webdadi designed three new websites for us earlier this year. Right from the first meeting we felt we were in safe hands. The Webdadi team are experienced, creative and passionate. They broke the project down into manageable chunks and guided us through each website build step by step. The process was well organised, quick and painless. The team at Webdadi were patient when we changed our minds, regarding certain features, and nothing seemed to be too much to ask. Their technical knowledge was fantastic and they were brilliant at bringing our idea to life in a slick user friendly way. All three websites look great and are easy to navigate.

Changing web provider is always a big decision, but the offering from Webdadi made it hard to refuse. Paul, Rick, Harry and the rest of the team have been fantastic every step of the way. We wanted a site to embrace our use of video and Webdadi have helped us achieve this better than any other provider on offer. They have always listened to our feedback and tried to achieve what we wanted. I look forward to their continuing development and new tools to help enhance our offering even further.

From the outset it was clear that our website needed to be in safe hands. The project was a vast one as our firm has a number of business areas that needed to be portrayed to their best advantage. Webdadi broke the project down into manageable chunks and guided us through step by step. We now have a future-proofed, user friendly website that has seen a substantial growth in users.

Our experience with Webdadi was INCREDIBLE, from start to present. Our first point of contact was Chris, he is one of the most friendly people there is who could never help us enough! Next- we began dealing with Rick, who has the patience of a saint and spent multiple hours talking with us about designs and training! Special mention to the Helpdesk at Webdadi who are always quick to respond. We would recommend them to anyone!

Fantastic company to work with. Traffic to our new Website is dramatically up. Chris Gilbert was particularly helpful, not to mention patient at the start of the process. Would absolutely recommend his firm to anybody.

My organisation use Webdadi for all of our software issues and they built our website. They are excellent! Whenever I have had a issue they are always available to help and always resolve the issue quickly. The customer service is fantastic, if I could give them 10 stars I would! Couldn't recommend them more.

Have recently had multiple websites built by Webdadi for our range of offices. Brilliant communication from start to finish. Has been a lengthy complicated design and build for our specifications and they have dealt with every aspect of it superbly. Would highly recommend.

Webdadi are professional and very easy to work with. Its refreshing to deal with such an innovative company who regularly provide support and feedback. Cannot rate them highly enough.

The whole team from start to finish were easy to deal with and nothing was ever too much to ask. Chris was very responsive from the start to help me set up the right package, Harry and Rick were fantastic in executing my needs to create the perfect website for me. I would highly recommend Webdadi to anyone in the future. Thank you so much for your fantastic service!

"We are extremely pleased with our new Cooper and Tanner website that Webdadi built for us. Great professional service and very patient with our many requests. Very happy to recommend them."

Webdadi have been a professional and approachable company right from the beginning. They built us a website which we are extremely happy with, their help desk is very efficient and Chris Gilbert especially has been very helpful with ongoing support/ideas and has been a pleasure to work with. Would highly recommend.

SEO FOR ESTATE AGENTS – BOOST YOUR RANKING ON GOOGLE

Search Engine Optimisation for Estate Agents: Boost your Ranking on Google.
I probably don’t need to tell you that the bygone era of estate agencies relying on a steady flow of walk-in business is over. Nowadays, 97 per cent of consumers search for businesses online, meaning potential vendors and buyers are far more likely to look to the internet for a new agent than their local high street.
In those 'good old days', you would not have expected much foot traffic if your branch was located down a hidden back alley, would you? Yet many estate agents fall...
read article

Firstly, we'd like to wish our customers a very merry Christmas and a happy new year! After a tough couple of years, we really hope our customers enjoy this years' festivities.
The Webdadi office will be closed during the festive period. All of our systems will still be monitored by our team, and for any business critical issues you can email outofhours@webdadi.com . You can also login to VIA and access the online training & support centre to search for articles and videos for any troubleshooting and training queries.
A full list of our festive opening hours is below:
Friday...
read article

Webdadi are the first industry specific website provider to integrate with the Reapit Foundations platform.
This makes transferring your property data from your Reapit (RPS) software easier then ever.  Your property listings will be on your website more quickly, more efficiently and with more details than ever before.
Existing customers are being upgraded to this new platform free of charge throughout November, and all new customers will automatically take advantage if this service when we build your website.
To find out more about how you can integrate your property listings from...
read article

‘Content is king’ is an adage that has been around SEO for a very long time. But you might not realise where it originates from. It appears that, while he probably wasn’t the first to use the phrase, it was the exceedingly wealthy Microsoft supremo Bill Gates who popularised the term with regard to the internet.
“Content is where I expect much of the real money will be made on the Internet, just as it was in broadcasting,” said Gates, in his 1996 essay titled ‘Content is King’. “One of the exciting things about the Internet is that anyone with...
read article

Church and Hawes Celebrate the Launch of their New Website

Who’s this update for?
Anyone using a Webdadi website who either adds their properties using our VIA software, or anyone who is adding their properties to Vebra or Reapit who is setup on an API import (either the Vebra API or the Reapit Foundations App)
What's the cost and how do I get it?
Nothing, it's free. The feature will simply be available the next time you login to VIA and is already installed on the website
What’s the update?
Those using VIA to enter their property data can now add the following information for Leasehold or Commonhold properties:
Service...
read article

Anti-money laundering fines for estate agents soar by 980%
Are you doing enough to avoid a penalty?
Figures released by identity verification checks provider, Credas Technologies, show that the sum of fines being issued to estate agents has increased by a staggering 980% in the past year. Interestingly, this surge has occurred whilst the issuing of AML fines overall has declined by almost 19%.
This eye-watering increase in fines for estate agents, set against a backdrop of falling fines in general, does not necessarily stem from a lack of due diligence in the sector. In fact, a significant...
read article

The Mini Budget saw a raft of new measures announced by the then Chancellor Kwasi Kwarteng which have not changed under the Autumn Statement 2022 unveiled by Jeremy Hunt.
Stamp duty was amended, changing the threshold before stamp duty is paid in England & Northern Ireland, doubling from £125,000 to £250,000. This threshold was raised further for first-time buyers who now won't pay any stamp duty up to £425,000.
Whether this stamp duty change will supercharge the market as it did in the summer of 2021 remains to be seen. With rising interest rates and concerns about...
read article

Webdadi will be closing on Monday 19th September to observe the bank holiday in honour of Her Majesty Queen Elizabeth II's state funeral.
We will reopen as usual at 9am on Tuesday 20th September.
read article

7 Reasons Why Outdated Websites Are Bad for Business

When it comes to business, first impressions are everything. This is particularly true when it comes to your online presence. What do you think happens when a potential client lands on your website and it looks like it hasn’t been updated in months? It creates an immediate negative first impression.
Is that the impression you want people to get when they think of your business? Probably not, but so many businesses don’t make their website the priority it should be. Perhaps you spent a great deal of money setting up your website years ago and thought that was “job done”....
read article
view all blogs

Get in touch with Webdadi